by Katherine Dunham, SHS Student Representative to the School Committee

The past two weeks have certainly been eventful.

Most notably, of course, was yesterday’s high school and STEM Academy evacuation. From a student’s perspective, yesterday, for what it was, was handled remarkably well. It was a test of and a testament to Blue Knight Pride. The evacuation was begun by the fire alarm and as a school, SHS and STEM have practiced fire drills multiple times over the past month. Students made their way quickly and safely to the nearest exit and then to the spot on the grounds designated for their specific homeroom.

From there, the staff volunteering on the Building Emergency Response Team worked to keep students calm, make sure they followed protocol, and informed students on what would be happening next. Just personally, I saw upperclassmen reaching out to younger siblings, friends, and even their younger siblings’ friends to assure them everything was all right, to let them get in contact with parents, and give rides home. Because of this, it is no surprise that local police and fire and state police units commended the cooperation and mutual respect from the student body.

Faculty members were also commended for their leadership and support. Notably, Mr. Murphy was in constant communication with all SHS teams and coaching staff as well as visiting teams to ensure that athletics would not interfere with proper procedure over the course of the afternoon. Mrs. Kinchla was a superhero in the high school’s main office. In a hectic time, she remained so steady and capable that everyone who entered the school this morning was put at ease.

Proof of yesterday’s collaborative success was that everyone entered the school in a good mood this morning, and that’s not just because it was the first late start of the year. The PSATs were taken by sophomores and juniors today. Unable to be held in the morning because of a transportation mixup, they were rescheduled for the afternoon. Students were quickly informed of the change, and were settled and engaged in testing in a timely fashion.

So, on all fronts, BKP prevailed.

This week is the high school spirit week and there is an incredible amount of participation. Yesterday, was America day and the school was a sea of red, white, and blue. Today, was pajama day and everyone took advantage of the excuse to just roll out of bed. Tomorrow, everyone is wearing pink in support of Breast Cancer Research. The week culminates in BKP Day on Friday. All the sports dress up in homecoming tee shirts they have designed for the pep rally. It’s an hour and a half of crazy excitement for this weekend’s many homecoming games and the homecoming dance.

All fall sports have had great seasons. The Women’s soccer team has secured the ACL Championship, field hockey has made it into tournament, and, hopefully I’m not jinxing anything, but football has an excellent chance of making it into the playoffs.

Elections for freshman class officers were also held last week. Anna Smillie was named PR Secretary, Molly Macfarland Secretary, Jacob Govoni Treasurer, Sarah Macfarland Vice President, and Julia Collentro President. Congratulations to all the new officers and everyone brave enough to run. I’ve heard from the freshmen in the freshmen seminar program that the speeches were truly extraordinary. The class will do great things especially with the help of their advisors, Ms. Cahill and Ms. Connors. 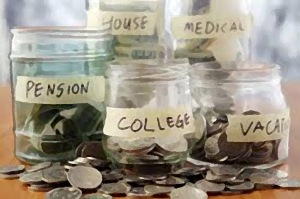 Last week, the high school also held the Credit for Life fair. Sponsored by the Rotary Club and Cape Cod Five, seniors were able to learn about real life finances. Everyone who participated enjoyed it. It was really cool: you got to pick a career, go around to different booths, and decide what you could splurge on and what you had to cut back on. As fun as it was, though, it was eye opening to how fast you can spend your money. Thank you so much to the volunteers who organized this event and ran the booths. Special thanks to Mrs. Wagner who oversaw the entire fair. It was only the second time Credit for Life has been to SHS but I sincerely hope and believe it will be an annual event.

Friday was a Cape and Islands inservice day and Dr. Booras considered it an excellent success. Nate Everett and the other members of the high school technology team ran the morning session: the first ever collaborative STEM Academy and SHS ed camp. Over thirty six different teacher workshops were offered and in which the faculty learned together and from one another.

The afternoon session, ran by Officer Cabral, focused on new school safety protocols. Grade level assemblies will soon be held to address these new procedures. Special thanks to SHS senior Taylor Eccleston, a featured student presenter, who is remarkable in the field of technology and will be assisting STEM and SHS classrooms.

At all K-6 schools conversations are underway about future reorganization. At Forestdale, over 100 students have submitted letters to the principal explaining why this month’s character trait, selfcontrol, is important to the school and community. Select pieces are shared each day as part of the morning announcements. Third grade students expanded their understanding of local history on a field trip to some of Sandwich’s historical landmarks. Each class was able to explore the Hoxie House and Gristmill just before they closed for the season. Forestdale students are also eagerly anticipating two upcoming school traditions: the Forestdale 5K Family Run and the Spooktacular. The Forestdale school expects over 200 runners to participate in the 5K on October 19th at 9. For those still wanting to sign up, registration forms are available in the school office. The Spooktacular is scheduled for October 24th at 5:30. The event will include trick or treating, a pumpkin carving contest, and a lot of fun for students and their families. Later that evening, there is a social planned for fifth and sixth grade students. Thank you to the PTA for sponsoring these two fabulous events.

Similarly, the Wing School held its annual Columbus Day Fun Run on Thursday October 9th. Over 450 students, teachers, and parents participated. Sixth grader Sam Delman was the first to cross the finish line. Kate Donahue, a fifth grade student who placed fourth over all, was the first girl to finish. The Columbus Day run is one of the multiple fun runs the Wing School holds each year and the school proud of their collective success.

Last meeting I said how October was a game changer and that has certainly been the case. I can’t imagine how the next two weeks will be any busier than the past two but I know that whatever is thrown our way, we can handle it with the same amount of pride we have consistently shown.