On June 28th 25 sixth grade students from across the district left for a week of STEM based education, adventure, and community service in Arizona.  The trip was lead by Sandwich teachers Liz Myers, Kristin MacDonald, and Wayne MacDonald.  Students were selected based on their academic performance, citizenship, leadership, and overall teacher recommendation.

Prior to departure, the group met twice a month after school, starting in January.  These meetings focused on team building, character development, and educational activities to learn about the geography, history, and culture of this part of the country.

After flying in to Phoenix, the first two days were spent in Flagstaff where the group visited the Lowell Observatory with an 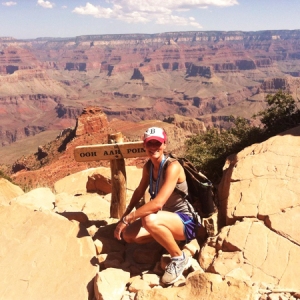 exclusive tour with a scientist, enjoyed a local lunch in Sedona, and made the short walk to Montezuma’s Well.  They hiked down to Ooh-Ahh Point in the South Rim of the Grand Canyon with professional guides, experienced a local talk with a National Park Ranger on the endangered Condor and was lucky enough to bear witness to a Condor couple soaring overhead.

The next several days were spent in Tucson where the students and teachers had a backstage tour of Biosphere 2 and conducted experiments on the effect of acid in our oceans led by a professor from Arizona State University.  They also toured Montezuma’s Castle, visited the Sonoran Desert Museum, and worked several hours on a service project installing a rain catch system at the Sonoran Desert Learning Center.  The service project was led by National Park Service Rangers that had recently just returned from the National Seashore in Wellfleet! 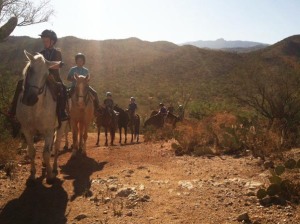 A definite highlight of the trip was a trail ride to breakfast in the mountains of Tucson.  The group left on horseback bright and early at 7:00 am.  After an hour or so they arrived to a breakfast spread that included blueberry pancakes cooked on an iron griddle over a wood stove, accompanied by cowboy eggs with all the trimmings. 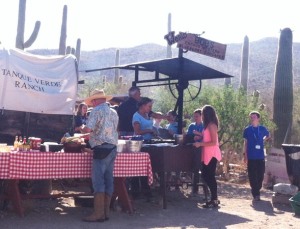 Although exhausted upon the return to Sandwich Friday night July 3rd, everyone was filled with gratitude that comes from sharing new friendships, new experiences, and for experiencing this part of the country together. 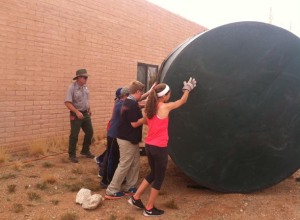 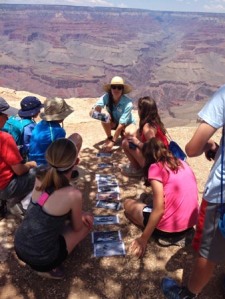